Subscription service development for La Kube. La Kube is a new way to discover books. With La Kube, you receive a personalized selection of books picked just for you.

The subscription service development had a positive impact on the number of transactions. The elimination of critical bugs and security issues reduced the cost of website maintenance. 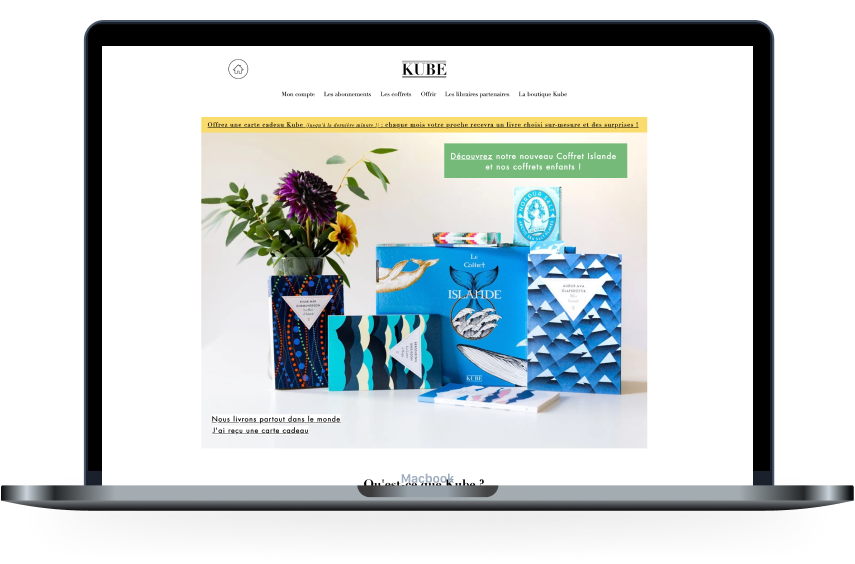 La Kube is a subscription service that offers a new way of discovering books. With the service, an independent bookseller provides a personalized box of custom chosen books.

La Kube came to us to broaden its subscription service and add new features. Also, they wanted to implement a subscription cancellation.

During the code review, we discovered the legacy code and bugs that limited the service functionality and caused security problems.

After solving the most critical issues in code, we worked on a business logic that would provide for the implementation of new subscriptions and features.

As a result of our work, the following functionalities were released:

—  Four cancellation options for each subscription type, including suspended pauses

Major problems encountered during the development were outdated technologies, poorly supported pieces of code that were not covered by tests, and security issues.

Our team provided the following solutions:

—  Increased test coverage to at least 60%

—  Upgraded to newer versions that introduced some performance improvements

When the main part of the work was done, we continued to support and enhance the product.

The team communicated daily via Slack. Every Monday, the team met to discuss results and the scope of work for the next week. We used Redmine for tasks and time tracking.

Technology updates, security fixes, and code improvements allowed the implementation of a new subscription service. As a result, our client noticed a significant increase in the number of monthly transactions.

After completing the main tasks, Rubyroid Labs continued to support the system as well as to add new functionality and maintain the current features.

Users can choose the type of subscription.

You can always contact us directly at [email protected]

Thank you for your interest to us!

Our system recognized your request as spam.

Let us know if it is mistaken by contacting us at mailbox below:
[email protected]