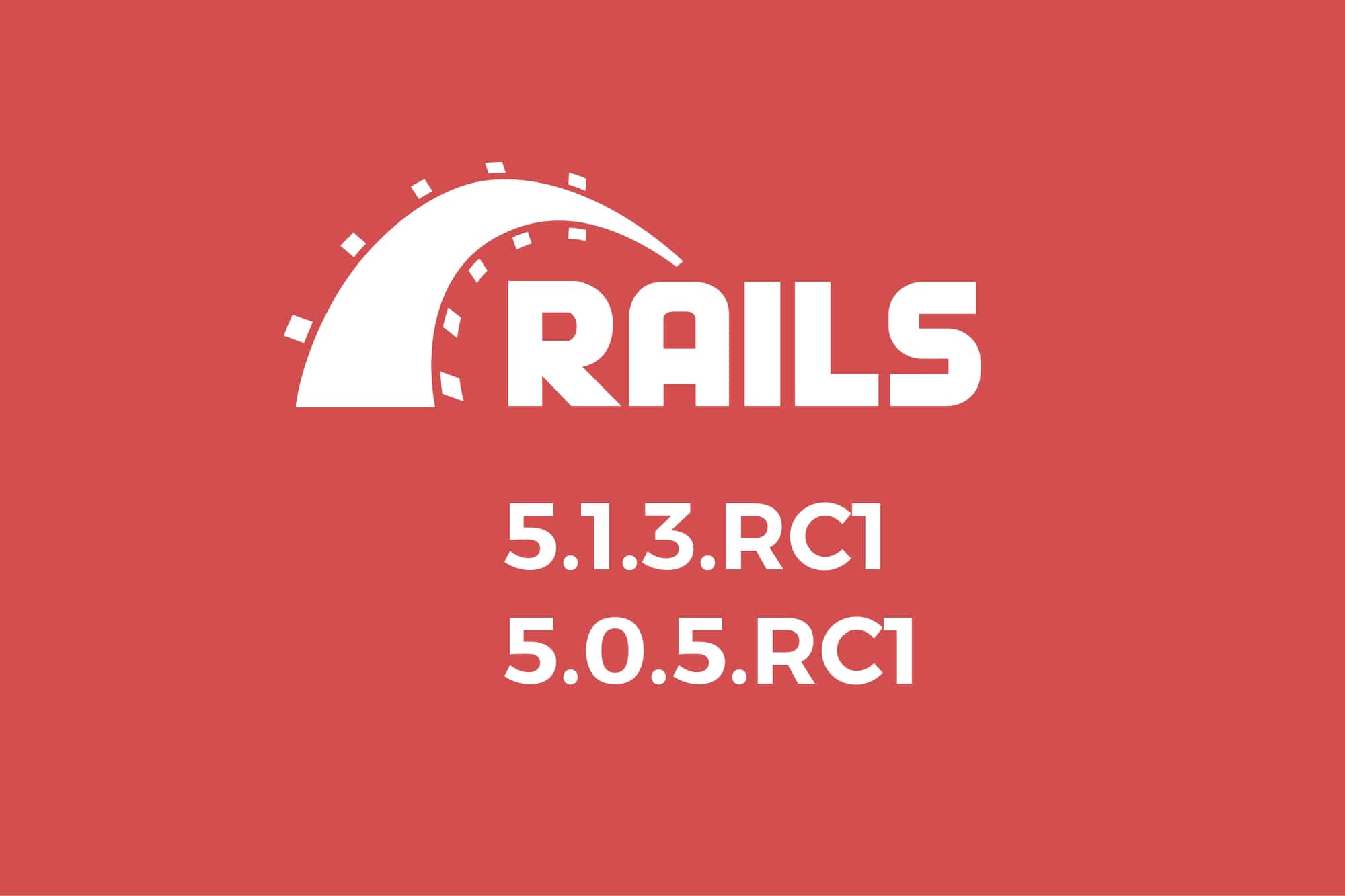 Rails has issues 2 new RC1 versions for all Rails-lovers. Let’s have a look, what has changed in Rails 5.1.3.RC1 and 5.0.5.RC1 since the previous releases.

Though Rails 5.1.3.RC1 can’t boast of many changes introduced, some of them are really important. They are related to the following gems:

In the previous versions, if you created records via

and then deleted child records before parent record if saved, child records would persist. Starting from Rails 5.1.3.RC1 release this has been fixed.
Besides,

of a target model will no longer affect

except for the case with

command, mount the same engine a number of times in different locations and enjoy the improved Rails’ test runner, which had its compatibility with minitest plugins significantly improved.

The full list of changes can be found here.

Rails 5.0.5.RC1 also has some good news for Ruby on Rails developers:

In Action Pack fallback of

The full list of changes can be found here.

What do you think about Rails releases? Share with us in the comments!