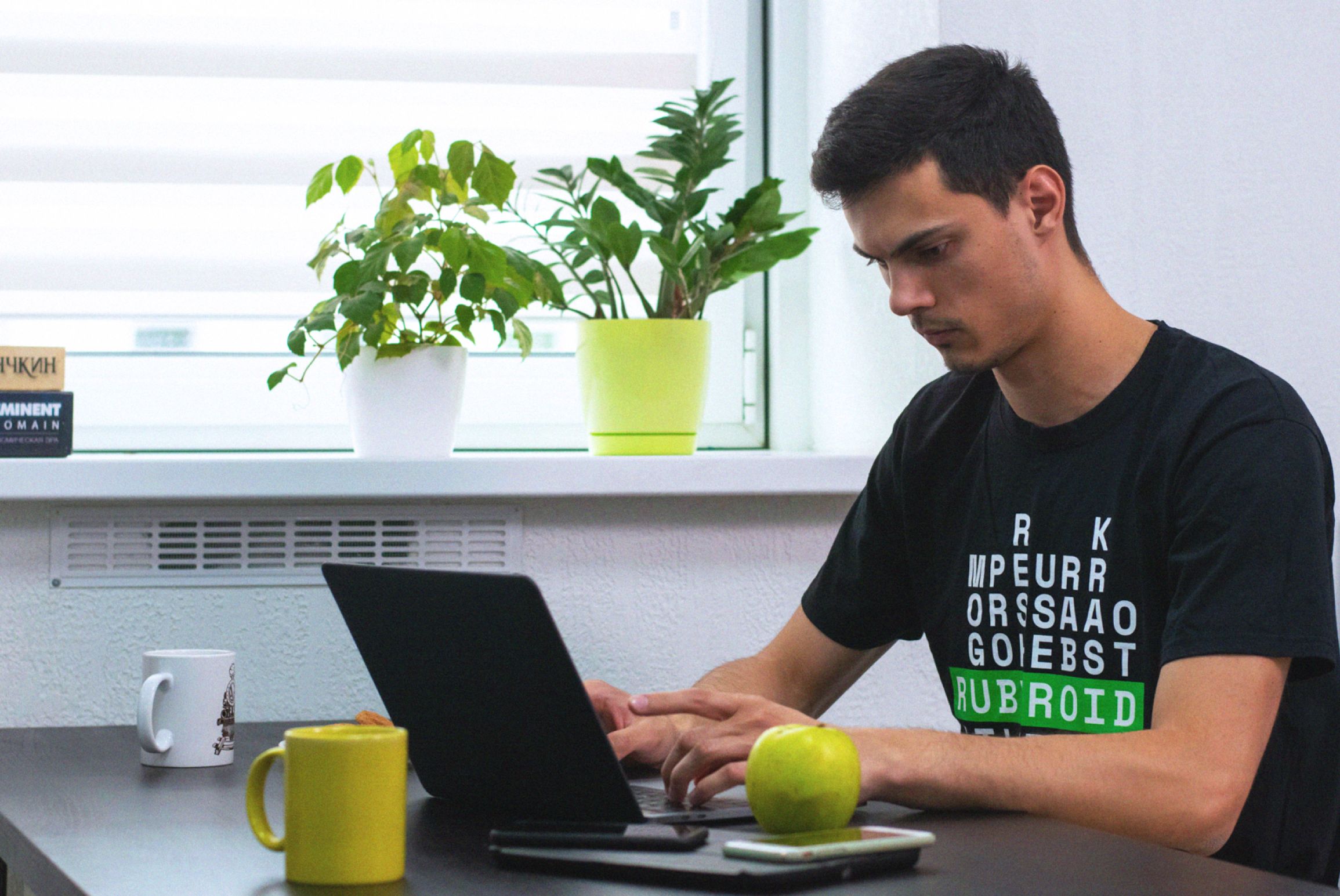 What Is a Fair Ruby on Rails Developer Hourly Rate?

Ruby on Rails is a powerful web development framework at the core of many industry leaders’ online presence. Whether you have just realized that you are ready to tap into its benefits, or have already leveraged it in your projects, you may be wondering what the current fair implementation cost is.

Ruby on Rails developer hourly rate is the key variable (not a constant!) that determines the cost of building your digital product using this framework. However, there are other constituents at play.

In order to better understand the forces that shape the ultimate Ruby on Rails development cost for your project, you should keep in mind that a standard IT team includes:

Typically, when you request an established team from a vendor, they will provide you with an overview of working hours for each member of the team. As a result, you know exactly what you’re paying for — including their hourly Ruby on Rails programmer rates. Looks like a great deal of transparency, right? Well, only if you can read the numbers in the proposal.

There are a lot of factors that determine RoR developer rate such as the developer’s location, company structure, experience and so on. In this article, we analyze what is going on in this field currently, outline what to look at when choosing your vendor, and, finally, define a fair price range.

The Ruby on Rails Development Market Is Growing

Since 2011, the number of Ruby on Rails developers has been growing fast. Just look at the progress over the past two years, according to rubygems.org/stats:

The fight over the market has caused the lowest price threshold to drop dramatically in the past couple of years. If you go to Fiverr, one of the most popular freelance job marketplaces, you will find offers starting from $5.

The higher the demand, the more people there are who see Ruby on Rails as a gravy train to jump on. Today, the market has solid industry veterans, newcomers of various backgrounds, and hopeless laypersons all competing against each other.

On the other hand, top veterans keep their prices stable, which makes for outrageous differences in Ruby on Rails developer hourly rates. In the USA alone, Glassdoor shows an annual salary range from $11,000 to $257,000.

Companies on Clutch, a popular B2B catalog website, charge from below $25 per hour to $200–300, with one firm charging over 300 bucks for each hour of work!

Who Dumps RoR Programmer Rates and Why

The situation on the Ruby in Rails marketplace is not much different to that in any other industry. Newcomers dump to gain a foothold, and you never know whether they qualify for an assignment or not. Some of the veterans who typically charge a little above average for quality work may eventually offer a discount to balance their workloads and revenue in adverse times.

The one specific thing about RoR developer hourly rate dumping? A huge share of the market where the lowest bidders will cause an outsourcing disaster in 99% of cases. If that’s what you’re after, you may consider their prices fair.

If you have ever outsourced the development of a digital product overseas, you might have noticed a particular geographical pattern. Without pointing fingers, it’s safe to look at the RoR development world beyond the US as composed of three major regions by rate and quality:

Although this table might seem overly simplified, it clearly demonstrates how the economy shapes everything. Low living standards are often a result of a poor educational system, which also influences developer skills. However, people in regions affected by these issues often do not have the financial opportunities to access high-quality professional education to change these circumstances.

The only way low-level Ruby on Rails developers can remain competitive is by dumping. You may think that they can handle a simple MVP app for the price, but, in this segment, developers’ skills tend to be too low even for the simplest of tasks. As a result, you run the risk of creating a nightmare that will be very expensive to fix. No price is fair when inferior work leads to further financial losses.

Of course, there are exceptions and you might be able to strike a dream deal with a top developer whose rate is pressed down by the overall reputation of their home region. But if you lack the experience to adequately screen a Ruby on Rails developer’s skills, you’d be better off playing the lottery instead of hiring one — you’ll only pay once if your luck runs out.

Meanwhile, there are two parts of the world featuring strong engineering education and RoR programmers with equally stellar skills. What these regions vary in are living standards and consumer goods prices, which shape the financial expectations of their citizens — and, consequently, developer rates.

Identifying the region of a Ruby on Rails development company can be tricky, though. Today, you can often find a firm registered in the USA or Europe with a local CEO and the core development crew that’s located in a distant land where programmers are not famous for having strong skills.

A Closer Look at the Ruby on Rails Services Market

Now that you have a general picture of what is going on with Ruby on Rails developer rates, let’s zoom in a bit. We suggest looking at nine company profiles on Clutch, with three randomly chosen firms from either a low, average or high hourly rate category.

This company positions itself on Clutch as a USA-registered enterprise. However, if you click the “Visit Website” button, you will be redirected to a mobile development landing page that describes the company as a “leading […] company in india”. The entire website is written in poor English.

By randomly browsing their clients who left positive reviews you will find:

Of the five reviews left on the company’s profile page on Clutch, you will find:

That’s not much for a company that has been in business since 2003.

The profile of this Vietnamese company features reviews from five enterprises. However, all of them are from the same country, despite the international positioning of the developer.

There are two comments by reviewers raising a red flag:

The portfolio of this Polish company features several European high-end clients from the car, fintech and education industries.

One of the reviewers on Clutch suggests their prospective customers should make sure both sides are clear about the price. The reason is that Company A1 tends to be unrealistic with cost estimates. However, the client adds that this was sorted out.

This company has an office in Texas and is registered on Clutch as a US company. However, its development team is located in El Salvador (which they don’t try to hide).

About half of its reviews are from clients in the USA, while almost an equal part are from Latin America. Among the reviewers, you will find two well-known professional sports clubs, a Californian digital agency, and several other startups and established companies.

One reviewer left the overall score of 1, bashing the firm’s pricing policies. It looks like the two simply failed to make the requirements and costs clear to each other from the start.

On Clutch, this company claims to be in Manhattan, but on its website it calls itself “India’s best … tech talent”.

Most reviews on the profile page are from clients in Europe and the USA. Many of the positive comments are anonymous.

There are three reviews characterizing them as disorganized, unprofessional, and incapable of meeting quality requirements and deadlines.

Headquartered in Chicago, this company looks like it has a strong foothold in its local area. The company regularly hosts live workshops and other events in the city.

You will not find a team introduction on its website. This could mean that the company outsources jobs, and its rate covers its service in hunting specialists for your project.

Most clients in the review section are anonymous US companies. Others include several formidable brands, startups and a world-famous Japanese app company. Some of the reviews are critical about slowness, poor scheduling and project cost issues.

The company’s website features eight badges including awards from Clutch, Goodfirms, and more. They are also an official member of Forbes Chicago Business Council. This makes a strongly positive impression.

If you go to the “Team” page of this company’s website, you will only find its management featured. This screams digital agency or consultancy rather than a dev shop. Guess who such firms outsource development to? Yes, to guys like us.

Both of the reviews available give them five stars. One of the two clients is a well-known marketing communications network.

This company’s office is located in the UK capital where its core team sits. Among its featured clients, you will find the BBC, the Royal Opera House, the UK government and other big names.

The reviewers on Clutch suggest high rates, unclear pricing policies and low predictability of the final cost as the improvement areas for the company but, overall, reviews are positive.

Company H3 exemplifies a developer located in a region with high living standards and an in-house coding team. This explains the high rate.

A Final Word on Ruby on Rails Developer Rates and Fairness

We suggest that you ditch the idea of “fair” when scoring Ruby on Rails developer hourly rates because:

Think we are being too judgemental or arrogant here at Rubyroid Labs? Challenge us with your RoR-based project and we will show you what stellar development quality for a competitive price looks like.

Rubyroid Labs is the Ruby on Rails company. Learn more about our services. 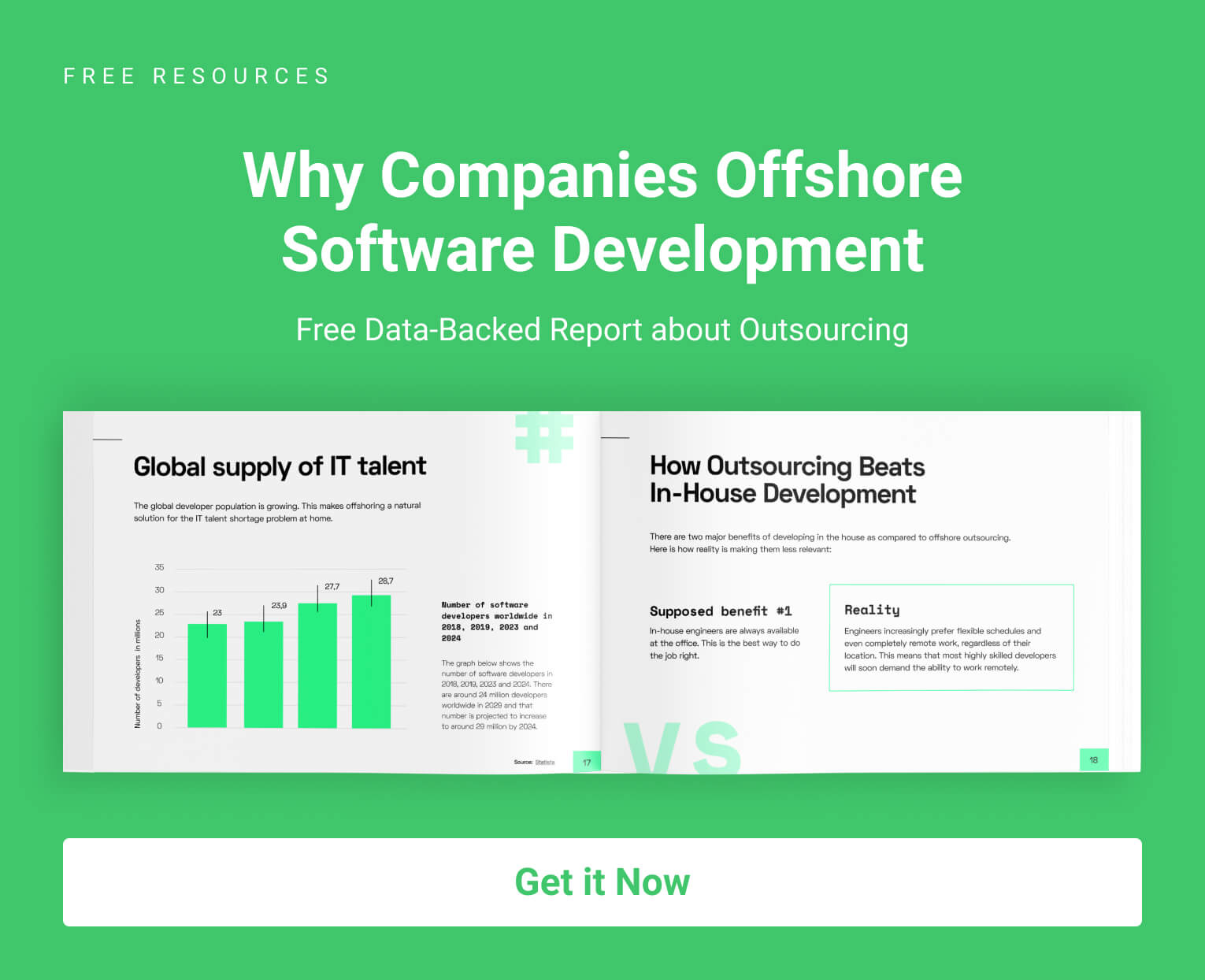 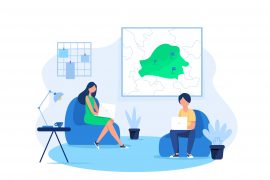